The Open-Source Ethos: Paying it Forward 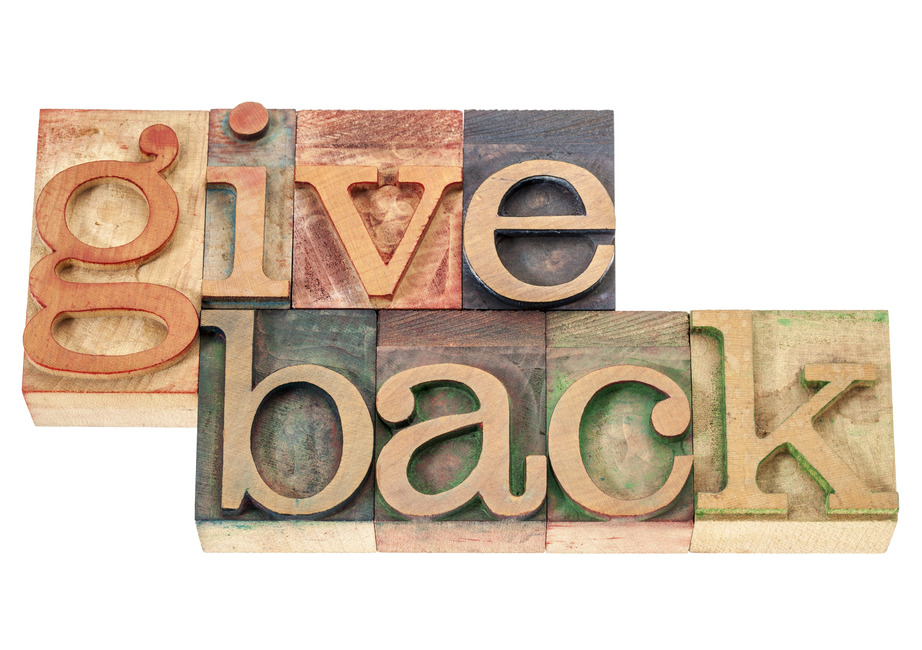 Over this past week I read several news stories talking about how the Obama campaign and/or the DNC, were handling the technical assets they had amassed during their campaign, namely new software, systems, etc. that many feel gave them a leg-up in the 2012 election.  The nutshell of the story is, basically, that since many of these tools were built using open-source tools, that there was an obligation, a moral duty (as some see it) to release these tools back to the open-source community.

I think this is a fascinating idea. That is, since open source tools were used, there is an obligation to pay that debt back. That since you were standing on the shoulders of giants, to give the next person a boost. I like that, very much.

Of course, in a world as competitive as politics, hesitation to give these tools away, quite possibly the tools that made the difference in the election, makes sense. Especially after winning a somewhat-narrow victory, I can understand the reluctance to want to help arm your enemy for the next time.

However, in the bigger picture, giving this technology back is the right thing to do. First off, “you” didn’t create all of this technology. “You” took tools that were already built, and augmented them for your specific use. Not that this is easy, but it is important to remember the source of this technology, quite possibly without which, these tools (and perhaps this victory) would not have been possible. You leveraged not only the collective time of thousands and thousands of man-hours, but the expertise of a legion of experts, willingly giving away their skills in the name of enhancing the tools the world can pull from.

It is this bigger-than-myself view that typically drives the most inspiring companies. Sure, they make great things, or offer services in great ways, but what really matters is what they do with the resources under their charge. With great power comes great responsibility, and in our society, often, power can be wielded with little more than vast stores of cash and the will to do so.

Now, I do not mean to imply that all money must be given back to society, or anything like that, I am merely advocating for a more global view of the resources we pull from to create our own success. That is, I do not think asking how you will maximize profit is a very inspiring question. Instead, what I think is inspiring is asking how you will be a good caretaker of these resources the world has seen fit to let you have. How you will pay these gifts forward, in a way that leaves the world a better place than how you found it.

Even in writing this I can see how this can come off as flight-of-fancy nonsense. However, does it have to? What if someone tried? What if companies, big and small, started to honor their role as stewards of power, and started to work to be the best stewards they could be.? And, not only to their shareholders, but to the world, which is what granted the power to begin with. Often, the impossible must be done, or at least attempted, for people to believe it can be, so what is stopping a company, or lots of companies from trying?

This ethos has inspired me to look at what I do differently. No longer will paying it forward be reserved for charity gifts for clients, or small, one-off efforts to try and balance the scale. No, I think a better way is to integrate these ideas into a way of thinking, into an ethos.

One of the things that is spectacular to me about this world is just how universal suffering is. Almost everyone is suffering in some way, at some time. So, what if I tried to alleviate suffering, in some small way, every chance I got? How would things be different? How would I look at my work differently?

These questions are inspiring to me, and I want to see where they go. I believe we are all standing on the shoulders of giants, owing a debt to those who helped us get where we are. And, I believe the best way to pay this forward is not just thanking those people (which, is nice in and of itself), but to consciously look for ways we can use our power to create less suffering, and more good in the world.

This has given me whole new ideas for blog posts. That is, one way I can pay forward all of the wonderful gifts I have amassed from doing this sort of work for a while is to share some insider secrets. To share, freely, what I know about this business, this industry, and how things really work. Does this hurt me? Of course not, I would tell anyone who asked these things. Could it help someone else? Quite possibly. And that is a reason worth trying.

Afterthought: If you are interested in learning more about this issue, personally, I think The Verge covered it the best.  That is just my $.02.