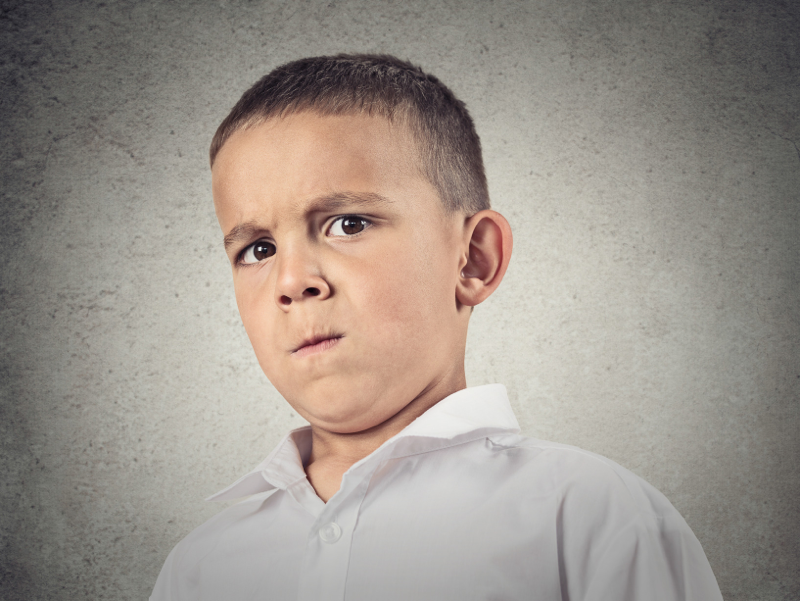 As anyone knows who has ever completed one, great web design projects aren’t easy. The web weaves together so many disparate elements, and in the custom web design world, creating something that is a true expression of your client, their product/service, as well as the audience they serve, can often be a big challenge.

Things get much harder when you start working on bigger projects. Now, with more to lose, many more voices get integrated into projects. Projects become important for the company. We are playing with real stakes now and there is real opportunity we are trying to seize here. Play time is over, we have our serious faces on now. The way this turns out matters, and we are going to make every effort to make this as successful as possible.

And it is not only the volume of opinions that makes things hard, far from it actually. What makes things hard is, as an outsider, is navigating the sometimes complex politics that exist in large organizations. Different sources of opinions can have different weights, and as an outsider, it is your job to not only process the feedback you are getting, but also consider the source’s place in the organizational structure. Even large organizations with healthy cultures, free from the authoritarian power-structure and general back-stabbery of more dysfunctional groups, can be difficult for an outsider to traverse.

None of this is news, though. Anyone who has been doing client work for any amount of time not only has a deep background in the nature of group power dynamics, but also is probably pretty adept at navigating these environments. You always want to be working with your clients, rather than against them, so you figure out pretty fast how to take on their organizational politics as a constraint of the project (the same as how you look at tight budgets, abbreviated timelines, etc.). Lamenting what is only distracts you from what’s possible. So, you just accept what is as part of dealing with this client and you roll up your sleeves.

But there is one character that can catch even the most learned client-service professional unaware. These can be shadowy players, only visible if you know where to look and what questions to ask. I call them spoilers and if you do any amount of client work, or you are in charge of creative projects for your organization, you will do yourself a favor by identifying them early.

The main quality of a spoiler is someone who has the power to veto not only all of the creative work you will produce, but also the entire project itself. Often these people are high-level executives. They are hidden stakeholders. Typically, you only know they are there during a design review or other project asset turn-in checkpoint. Sometimes you don’t find out about them until the end of a project, during the final approvals (a time in which they can be most damaging to a project). They seem to swoop in as soon as there is something to see, often offering opinions and perspectives you have never heard before. They are a new voice in the project, a voice that has to be reckoned with.

I have seen spoilers in projects both big and small. Several years ago I thought that I had gotten pretty smart in that I actually started to ask if there was someone else who could come in, and give a wholesale approval or disapproval to the creative work. The problem with this question, though, is that sometimes even the internal staff at a client (usually the marketing or product department) doesn’t even know they are there.

Sometimes, especially if the project leader has some experience, they will know they are dealing with a spoiler. They will try to involve the spoiler in the day to day approvals, the dozens and dozens (or more) of little decisions that go into what the creative project will be. What they often hear is that the spoiler is too busy, and that this is their project to run. The spoiler doesn’t have time to render their opinion over and over, and the leader knows what needs to be done.

Later, when there is actual work to show, though, the opinions come out. Then the creative authority is ripped out of the hands of the project leader, and now all sorts of new opinions are given. Some of the feedback is very sage, as you would expect from someone who had earned their c-suite. Some is just personal taste. All of it, though, must be listened to, responded to, and is expected to be reflected in future work.

The True Impact of a Spoiler

As a professional, you know how to manage feedback, and getting new feedback isn’t the problem. The problem is that there was actually a hidden client you were working for all along that you had no idea was even there. Now, all of a sudden, new perspectives and direction were being brought into the project, as well as new criteria for success. The dynamics of the project shifted, often leaving the project leader hobbled and the morale of the design team diminished (especially if there will be a lot of rework).

In short, spoilers are project poison, especially when they swoop in at the end of a project and demand a ton of re-work. It is not that projects cannot survive a spoiler, but I would say they are almost universally diminished by them. In my own experience, total creative re-work is almost always a shadow of the quality of the original work. The creative sensibilities of the design staff have been violated, and as a defense mechanism, they shield their most creative work from you. They start playing it safe, only doing what is asked of them. Their reach retracts and their work becomes less inspired. It is almost like the creative faculty of the project wilts and a level of quality that was once accessible is not anymore.

How to Have a Spoiler and Thrive Anyway

OK, so we have gone over all of the challenges of a spoiler, so what do you actually do about it? For me, I have modified my original question to now be “Will there be anyone else who will review the work we produce before the site is launched?” That last part is the key, “before the site is launched”. That gets our client contact to think through all reviews and approvals that will happen before a project launches, not just the obvious ones.

The second thing I do, as a follow-up to that question, is ask “OK, have you asked them what their goals for the project are and what will make the project successful, in specific terms?” I ask this because, in my opinion, the biggest problem with having a spoiler in a project is that their voice is added to the project so late. In my opinion, a healthy creative project has all stakeholder voices integrated into it (especially the end-users of what we are creating).

If someone has a say in a project I want to integrate their feedback as early as possible. As with all stakeholders, the earlier you get their voice in a project, the better. It is not that the spoiler’s feedback is bad, it is just that the timing is bad. Extremely late feedback is like a bucket of cold water in the face, jarring and discombobulating.

However, I know that just asking questions is not enough. As the manager of the creative process it is my job to be vigilant of all project threats, with spoilers being one of them. Projects rarely turn out well when they are let run on auto-pilot, and I know what part of my job, and frankly part of the value I bring to the project, is tending to the overall creative health of the project, making sure to be vigilant to threats so I can catch and mitigate them early.

But what do you do if you are in an organization where you know there is a spoiler? Even though it is not a very satisfying answer, you get them involved as much as possible with the project. You explain how a total re-do is never as good as progressive, iterative creative work. If you are a project manager, this is part of the project you have to manage. If you have a reluctant, powerful stakeholder, it is your job to integrate them.

A little knowledge goes a long way, though. Just knowing that spoilers exist will help you protect yourself, and your projects, from them. Like most things, proactive solutions are often far easier, and more effective, than trying to repair a broken project. Whether you are a project manager, or it is your group doing the creative work, adequately identifying and integrating the feedback of all stakeholders is not only part of the job, but is a critical factor in doing great creative work.