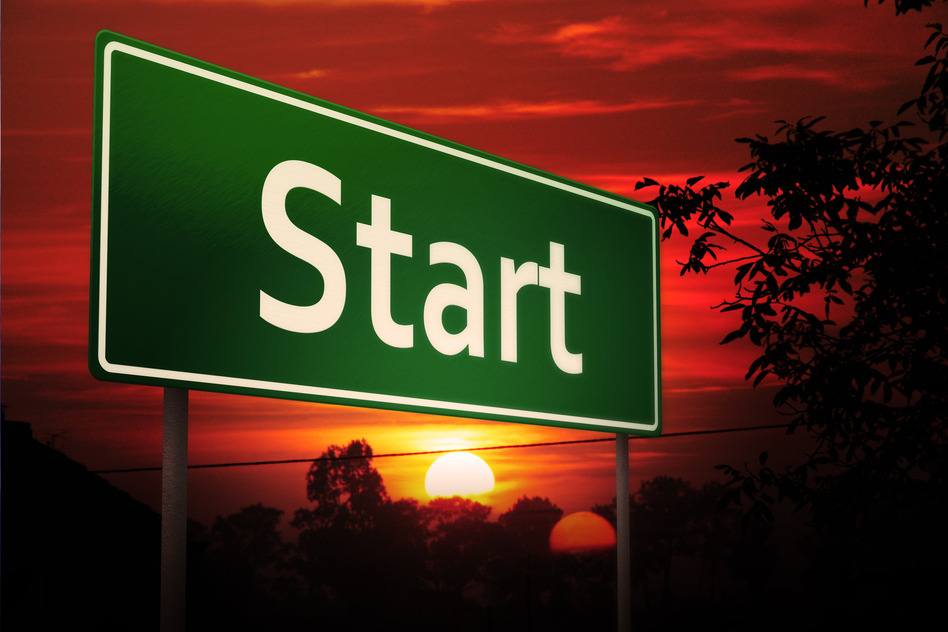 Especially when it comes to personal projects, often, starting can be the hardest part. Now, I know this is not true for everyone, but it sure is for me. For some reason, finishing is way easier than starting. In fact, once I get into a project, there is almost a compulsive need to finish. Almost like none of the effort will have mattered until it is all done. I was thinking about why this is so the other day, and I have a few ideas.  I think a lot of it has to do with how we approach starting things, and the role fear plays.  Sometimes overtly, and sometimes in a more latent way, fear has a funny way of talking us out of what we need to do and talking us into what we don’t.

There is No Momentum Before Starting

I love accomplishment. There is nothing like the satisfaction in getting something done, and done well. Even for small things, this accomplishment fulfillment can sustain me for quite a while. Often, I find that my best days are the ones where I feel like I have gotten a lot done, and have done it well. Good work for the sake of good work, although pleasing, is not fulfilling on its own. And, just finishing something, if the work is mediocre, is a hollow victory.

Even small achievements build momentum. Even if we have not finished anything, as long as we can see good progress, that is an achievement in and of itself. And, it is precisely this sense of achievement that feeds momentum during a project. It gives you a sense of direction, purpose, and progress. It supplies additional energy to continue on with the project. In this way, I have always felt that a project that continually sustains momentum is almost like a perpetual motion machine. All I have to do is turn it on and it supplies all of the energy needed to run. Of course, no project can sustain momentum forever (and, all projects must either be completed, paused, or abandoned eventually), but while the momentum is going, it is not hard to work on the project. The momentum sustains and refills you so that you can work on the project another day.

But, at the beginning of a project, there is no momentum. All of that energy is wrapped up in potentialities. And just like ideas, potential energy does not really have any value until it is converted into the kinetic energy of momentum. Until the project is begun, everything is academic and theoretical. There is no real risk, and no real reward either, just potentialities. And, although thinking about what is possible is fun, it is not real, and thus, only gives a modicum of energy back to us.

Choosing One Thing Means Not Choosing Lots of Other Things

Why is this one way the best? Is there a best? What if I don’t do this other thing and miss out? Choice means giving up other options. To put it another way, the choice to have one thing is often simultaneous choice to not have lots of other things. If you buy the blue car, you can’t have the red car.

In the beginning of a project, especially if life has taught us to be overly risk-aware, it can be hard to plant our flag. It can be hard to commit to one idea because that means letting lots of other ideas go. But, by wavering on this choice, our project never gets going. In order to make any progress, we need to find a corner to build off of. We need to commit to something specific in order to make decisions about everything else in our project. Because, until we do, our project will simply be a gigantic mis-mash of variables. Although we can always change our minds later, we need to commit to one way of doing things in order to create a solid foundation to build off of.

However, commitment is scary. It is making a decision that could very well be the wrong one. It is taking the leap of saying “This is the way that this needs to be done” without being able to prove it ahead of time. We delay this decision because we can only be proven wrong after we have made a choice. But, the problem is, we will only know the choice was the wrong one in hindsight. And, there’s the rub. We want to have proof that our choice is the right one, but the proof we need will only come after we have made our choice (sometimes, long after).

Just like delaying committing to something causes one to not start, so does all of the other potential risks we can run into. When talking about what-ifs, it is easy to get lost in the possibilities. In all of the ways this could end up being a great thing, but also in all of the ways this could crash, burn, and take us with it. Especially as a grown-ups, we have (probably) found that the world has teeth, and when it bites us, it hurts.

As people creative enough to come up with ideas for projects in the first place, we probably also have the creativity to come up with all of the sundry forms calamity can come to us in as well. Sure, there are great reasons to do this project, but have you seen all of these reasons not too? Yikes…

Of course, some projects are more dangerous than others, and will have more items in the risk pile. But even with projects where the risks are low, there can still be lots of lots of potential ways that you could get hurt, either real, imaginary, or both. This fear of catastrophe, even if unfounded, can paralyze us and bias us toward inaction. Sure it was a great idea, but we talk ourselves out of it, sometimes over and over.

No One is Expecting Anything from You Before You Start

Some of us create things because of how they are received by other people. Sure, we can say we make things just for ourselves, but especially if our income is riding on it, I am betting a fair amount of weight has been put on the opinion of others. I think we start a project building it to our own standards, but, ultimately, we are going to want the validation only an external opinion can give us. In fact, often as “creative types”, we can vastly undervalue our own opinion (in the interest of overvaluing the opinions of others). We want something to be received well, but even better if we shine in the process.

Before we commit to a project and truly begin, no one is really expecting anything from us. We have no timeline, nothing. And, by not beginning you are deferring external judgment of your idea. Building something and showing it to the world is scary. Talking about your idea to people is less scary.

So, What Does it All Mean?

To sum up, if I have learned anything from working on, and completing, personal projects is that often the key is to just start. Are there risks? Sure there are, but if I never start, the odds of never achieving anything are 100%. Some ideas get abandoned soon after starting, some hang on for a while, and some get finished. But, I do not make the decision to take any of these routes until I get there. When a project needs to be stopped, it is obvious. That does not make it easy, but as long as your eyes are open, it is not hard to spot.

For me, anyway, I would much rather start five things and abandon four of them than never start anything, waiting for the perfectly-formed, risk-free, all-questions-answered-up-front idea to come to me. My Dropbox is littered with the carnage of abandoned projects. Half a screenplay here, a couple chapters of a book there, lots of 20% completed websites, etc. But what it also has plenty of are completed projects.

I am glad that I have the courage (often, totally faked at the beginning) to actually start ideas I am excited about to see where they go. Because, when I do abandon them, or complete them, I will know that is precisely where they needed to end up, and I know this because I actually tried.