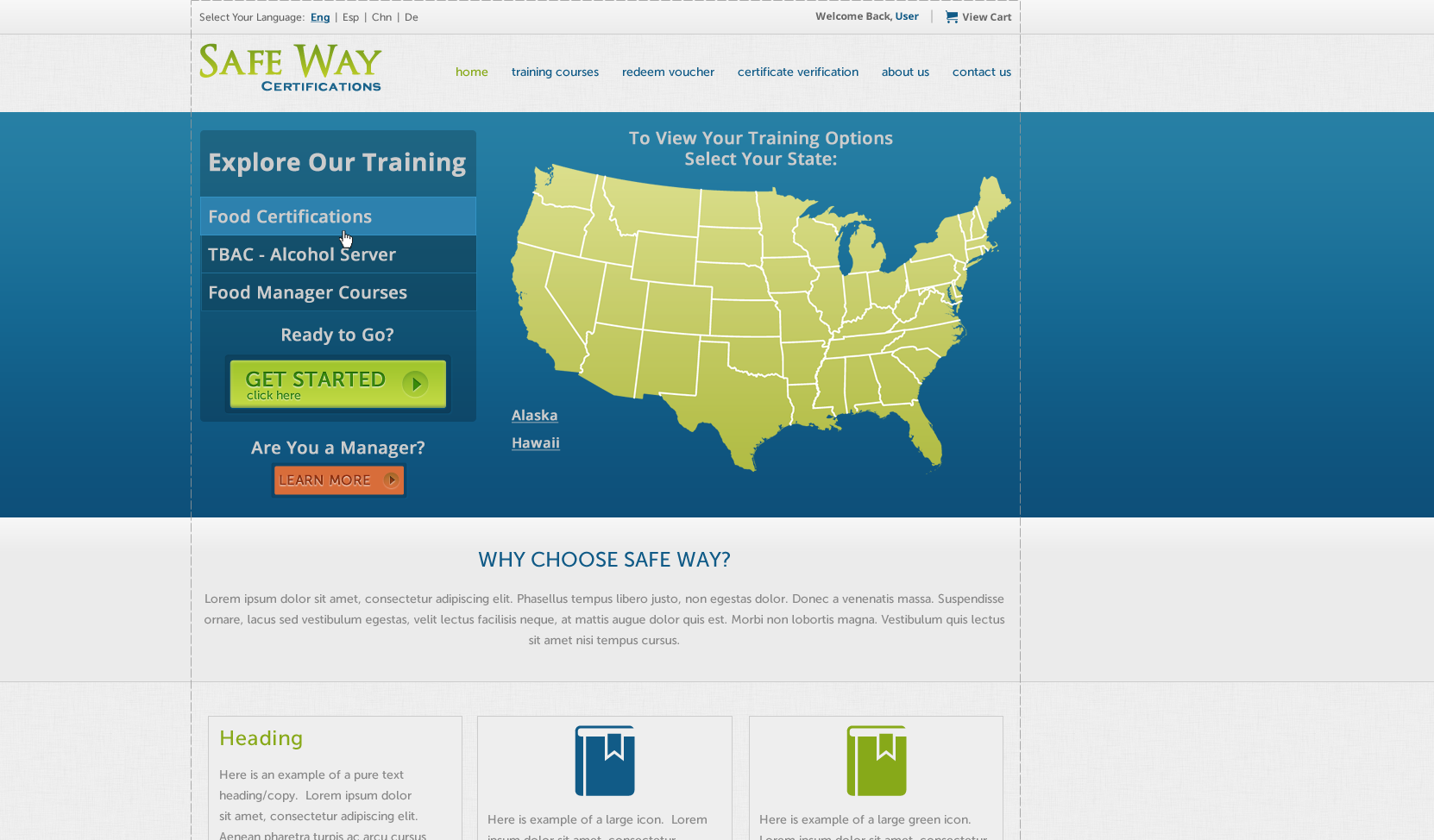 This project was a bit of a quickie in that it was just establishing the visual design for a website being built for a training company.  Although the timeline was short, we still wanted to work to not only establish a great visual tone for the site, but to also build in usability that would make the site far more useful that it would have normally been.

Early on when we were spec’ing this project, it became clear that the main issue facing first-time users to the site was segmentation.  That is, depending upon the type of training you want, as well as the state you were located in, you had vastly different options.  As such, as part of the design process, we wanted to build in (easy) ways for people to quickly and accurately segment themselves into their appropriate group.  Because, if this was done correctly, we could have clear calls to action, and the users could actually get to the training  that was available/appropriate for them as fast as possible.  Often, this is at the heart of UX design work, figure out what people want from you, give it to them as easy as possible (this is where the buzzword of ‘frictionless interaction design’ is actually apropos), and then get out of their way.  With this project, we were able to lay the groundwork of a site that not only looked nice, but would also be a delight to use for the training company’s users.